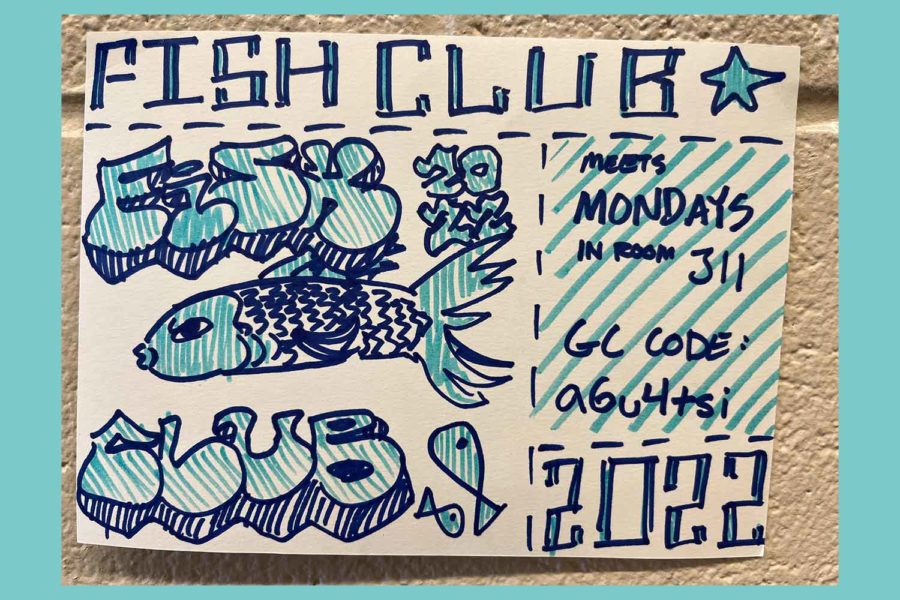 The club holds a diverse community of fish enthusiasts, artists, and leaders who offer a welcoming environment.

On the surface, Fish Club may only seem to be just another fifth block gathering, but in reality, the club holds a diverse community of fish enthusiasts, artists, and leaders who offer a welcoming environment to learn a bit about aquatic biology.

“It’s really just a fun place to hang out,” Chen said. “If you’re interested in any of the science things, sometimes we’ll talk about that and we’ll do like games too.”

Fish Club often hosts fundraisers during 5th block in the form of snack sales. All the profits made go towards improving the club’s tank.

“When we have fundraisers, we usually have a meeting beforehand and we’ll decide who might bring stuff in,” Chen said. “Most of the time so far it’s just been fundraising to just have the tank.”

Because of the money raised, the club is able to have a fish tank right inside room 311. The tank allows students to easily observe, research, and care for live specimens.

Chen plans to continue growing Fish Club with an open mind so members can impact the club’s future too.

“In the further future, hopefully, we’ll get a few underclassmen involved. Maybe get some more educational aspects,” Chen said. “It just depends on what people want to do.”

As for Bee Club, to put it in Chen’s words: “Let’s just say I’m ‘really glad’ they decided to follow in our footsteps.”

Thank you for supporting our student journalists!