Celebration of the Arts Honors Legacy of Jack Hontz 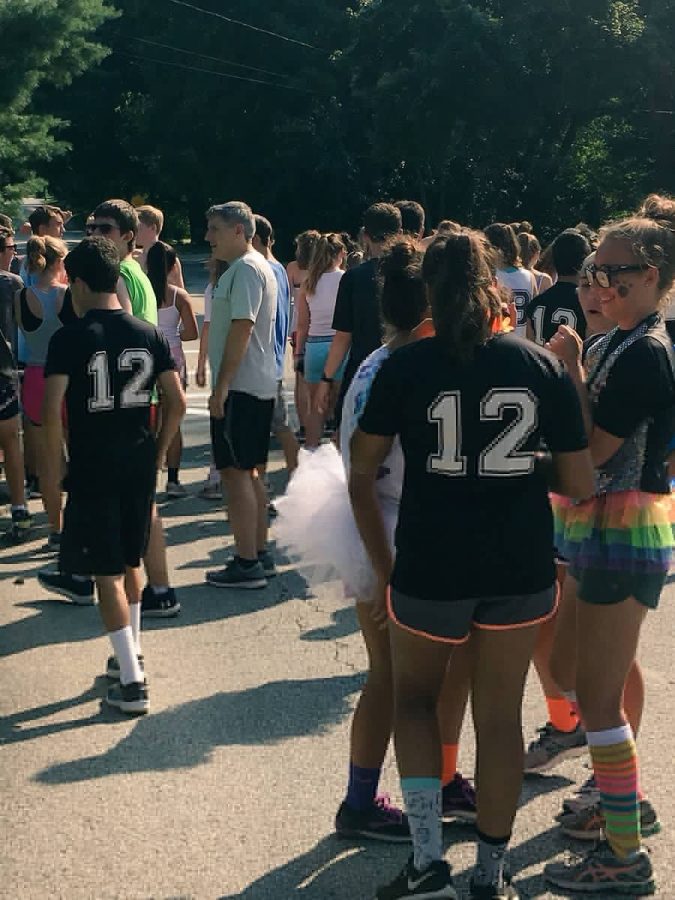 “Ready. Set. GO!” And they were off! It was quite a sight watching all the participants of the Celebration of the Arts 5K run, as they jogged, decked out in costumes ranging from rainbow tutus to sequined vests. In addition to band leadership, the Strath Haven Women’s Field Hockey Team also came out to support the event, completing the run which ended at the Wallingford Swim Club. It was a warm, 94 degree day, but that did not deter the community from participating. The run, or walk for some (myself included), circled through the Wallingford neighborhoods where cheery band and community members directed sweaty runners along the route. The drumline waited at NPE, playing the cadence for those struggling past, and carrying heavy instruments (also most likely suffering) in the ridiculous heat…thank you drumline!

In its second year, the WSSD Celebration of the Arts has become a tradition for the art department to kick off the new school year. The event was started in 2017 as a way to honor the legacy of Mr. Jack Hontz, Strath Haven’s late band director who passed away earlier that summer. In his memory, the Jack Hontz Endowment was created to provide students within the Wallingford Swarthmore School District opportunities to realize their potential in the arts and not be restricted in pursuing their passions due to financial constraints. The 2017 Celebration of the Arts served as the first major fundraiser for the endowment, and this year continued that precedent while also raising money for the George Slick Fellowship. The George Slick Fellowship is awarded to 2 juniors each year who demonstrate exceptional talent in the musical or visual arts. Last year, recipients Isaiah Kim and Adwaita Patil displayed their artistic talents at Swarthmore College in a concert featuring Kim and a exhibition featuring Patil. This year’s winners of the George Slick Fellowship are Anna Tang and Lily Marks.

At this year’s Celebration of the Arts, there were a number of performers, highlighting all aspects of the school district’s music department. The first to perform was the Panther Marching Band, making its debut performance under new band director, Mr. Nicholas Pignataro. The band performed all of its show songs; beginning with All Along the Watchtower, followed by Cold Hearted, and finishing with Don’t Stop Me Now, the panther band sounded ready to kick off the season!

While everyone else jumped in the pool and enjoyed pizza, a few unlucky performers were bullied into sharing a bit of their talent with the swim club. The silvertones performed first following the band, sharing some of their classic repertoire. Anna Tang then sang a piece, accompanied by drum major and (very) adept pianist Richie Michael. Following those acts, the drum majors took the stage with select movements of a Baermann trio, and finally, Strath Haven High School’s string quartet performed, drawing many people to leave the pool to come listen. There might have been a few pieces of music that were swept away by the wind, but you would never have known listening to the quartet play.

The evening was spectacular and raised quite a bit of money for the Jack Hontz Endowment. Hopefully next year the 3rd annual WSSD Celebration of the arts will be as successful as this one.